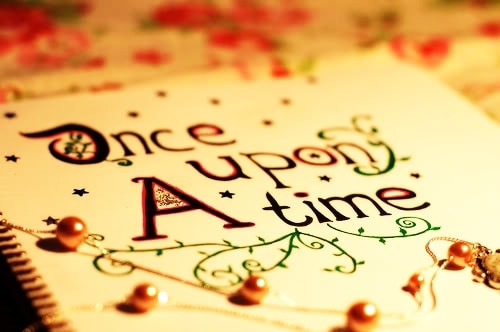 Fairy tales and folk lore. What are they and are they the same thing?
Join me as we tip-toe through history.

There was a people known as the Tuatha Dé Danann who inhabited Ireland. The had defeated the Fir Bolg and would eventually be defeated by the invading Milesians. Their history is defined by three epic battles. The final battle saw their demise and end of their civilization. It is these people who we regard as the fairies in folklore and they populated Ireland from 1897 B.C. to 1700 B.C.

A Catholic priest named Geoffrey Keating wrote the famous and widely popular History of Ireland (Foras Feasa ar Éirinn, completed in 1634), however it is understood to be a "modified" version of events, which is bound to happen because a) he wrote it around 3,500 years later, b) he was a Catholic priest so his version had to ensure all roads lead back to Noah and to the Church as the saviour and unifier of Irish society, or risk being labelled a heretic. Fortunately, humans are clever storytellers. Tales of the Dé Danann survived by word of mouth, poetry and stories disguised as childrens fables. Pagans regarded many significant members of the Dé Danann as deities and attributed supernatural powers to them. Between 313 to 391 A.D. Paganisms and Christianity were legal religions under Constantines watch. In 392 A.D. Theodosius changed all that by prohibiting all pagan worship, thus beginning the persecution of Pagans. Texts were destroyed and the chopping off of hands was threatened if anyone dared to make new copies. Persecution ended in... ummm, TBA. Yeah, it still happens.

Meanwhile, Marie-Catherine Le Jumel de Barneville (better known as Madame d’Aulnoy) was collecting folk tales in France which she published in two collections, Les Contes des Fées (Fairy Tales 1697) and Les Contes nouveaux ou les fées à la mode (Fancy of the Fairies 1698). In fact, she coined the term Fairy Tales. Madame d’Aulnoy's life is a fascinating story in itself and became a influencing factor in her work. Life was turbulent under Louis XIV’s rule and between accusing her husband of high treason against the king, taking on several lovers, being accused of plotting murders and her love of travel, she developed a sardonic sense of humour and propensity for escapism. Two of d’Aulnoy's editors (English and French) noted that her version of the tales was subject to "stringing marvels and wonders on to old springs and threads that belonged to a world which they could govern and fashion to their fancy.” As an author, she was free to feature subtle and not-so-subtle criticisms of tyranny and enforced social roles.

Next minute, along came brothers Jacob and Wilhelm (you probably know them as the Grimm Brothers). They saw it as their personal mission to collect folk tales and preserve them, fearing that industrialization would erase them forever. These collections were not written for kids. Being scholars, they imagined their work to be an anthology read by academics. However, they became popular and subject to criticism from parents and the church. So, the brothers began editing. Stories that had survived Keating back in 1634 and  d’Aulnoy in 1698 finally got thrown in the wash by 1812. In fact, by 1864 the collection of tales had been washed 17 times to appease the delicate sensibilities of the people and the church.

Other writers such as Perrault, Jacobs and Andersen were doing exactly the same thing at different times and places which is why versions of the same stories appeared in different countries by different authors. The name "Fairy Tales" stuck and is what we know these tales as today.

It's interesting to note that most fairy tales don't actually refer to our modern, winged version of fairies. When we refer to the fairies of folklore, we are actually speaking of the Tuatha Dé Danann, a very real race of people.  And real people don't have wings. Fairy tales do feature fairies but not in the way we have come to view them in recent times. Fairies did not feature wings until an illustration was published in 1812. Wings were used to denote the difference between the fairies and other humans, referring to their magical skills of legend. They have also been used to make the tales more "palatable" to the masses and less offensive to the Christian church.

Having survived, even if dramatically altered, you'd think that there's only so much scrubbing a story can take. Surely by this stage in the game they should have passed the scrutiny of parents and the clergy. NOPE! Hello Mr Disney. Now, I must clarify that I am a fan of his work. However, the fact is that Disney changed the way we tell stories by introducing motion pictures, delivered first in cinemas, then through our televions. Such delivery was fraught with challenges, not least of which was censorship. His animation studio was only 8 years old when it received a complaint from several censor boards in 1931, citing the size and movement of udders featured on cows in the Mickey Mouse animations as offensive. Henceforth, cows should be depicted with small or no udders. Snow White and The Seven Dwarfs (originally a folktale recorded by the Grimm Brothers) was released in cinemas in 1937. One of the little known ways that Disney further changed the story was how Snow White is brought back from the dead. Rather than a kiss from the prince, he insists on taking her dead body home as his most "prized possession". His servants stumble while carrying the coffin, dislodging the piece of apple which brings her back to life. Earlier versions have the servants carrying her dead body around because the prince cannot bear to be away from her. In this version, a servant gets so sick of it, he whacks Snow White on the back, dislodging the piece of apple. So our tales were put through the wringer again to ensure the least offensive version was delivered.

Dis·​ney·​fi·​ca·​tion | \ˌdiz-nē-fə-ˈkā-shən \
Definition of Disneyfication
:the transformation (as of something real or unsettling) into carefully controlled and safe entertainment or an environment with similar qualities

Leaps in technology and our fast paced life have resulted in children having access to  24/7 entertainment networks and time-poor parents who are reliant on viewer classification assigned to content by overseeing bodies. The networks need to be profitable, the parents need a break. Never let the truth get in the way of a good, thoroughly washed, heavily censored story! As it turned out, the Grimm Brothers and their counterparts fears were justified. We have all but lost these stories.

Humans are fascinating and predictable. We demand truth but are too "delicate" to hear it. We demand censorship then no longer believe the truth. The original stories of our ancestors have been buried by time and censorship.

Chances are, you thought you knew your fairy tales

You are probably feeling fascinated or outraged or maybe a little saddened to learn that someone thought you couldn’t handle the truth and gave you a washed out, limp, sanitized version of it instead.

It would probably be less offensive if the original versions were more readily available. On the other hand, the sanitized versions and the history of how they arrived to us offer an interesting insight and are a tale, in and of themselves.

So, what about the Tuatha Dé Danann?

Check back soon. A follow up to this blog will be published soon! 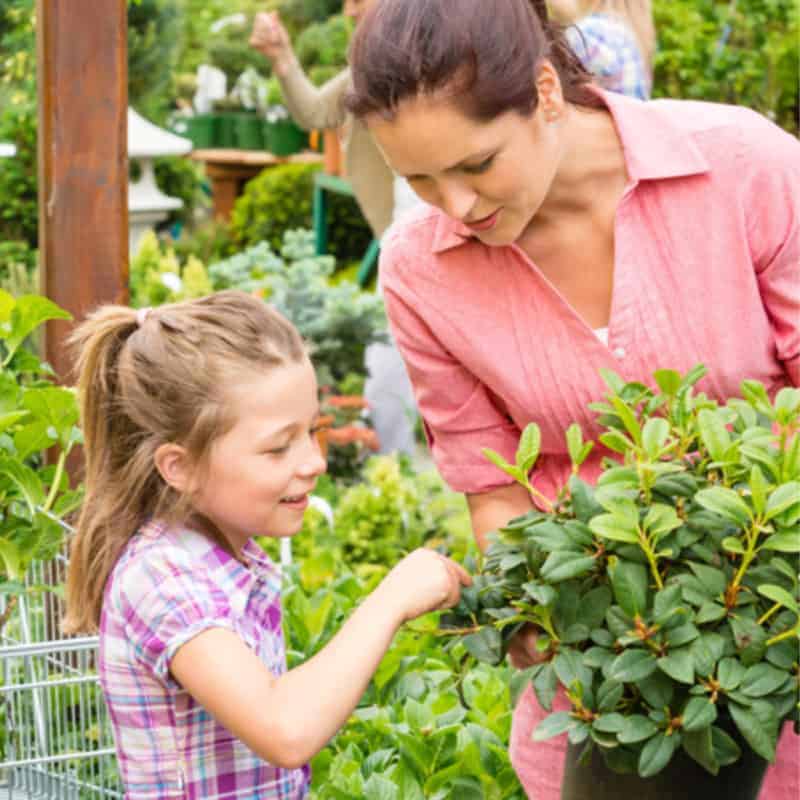 Best Plants For A Fairy Garden 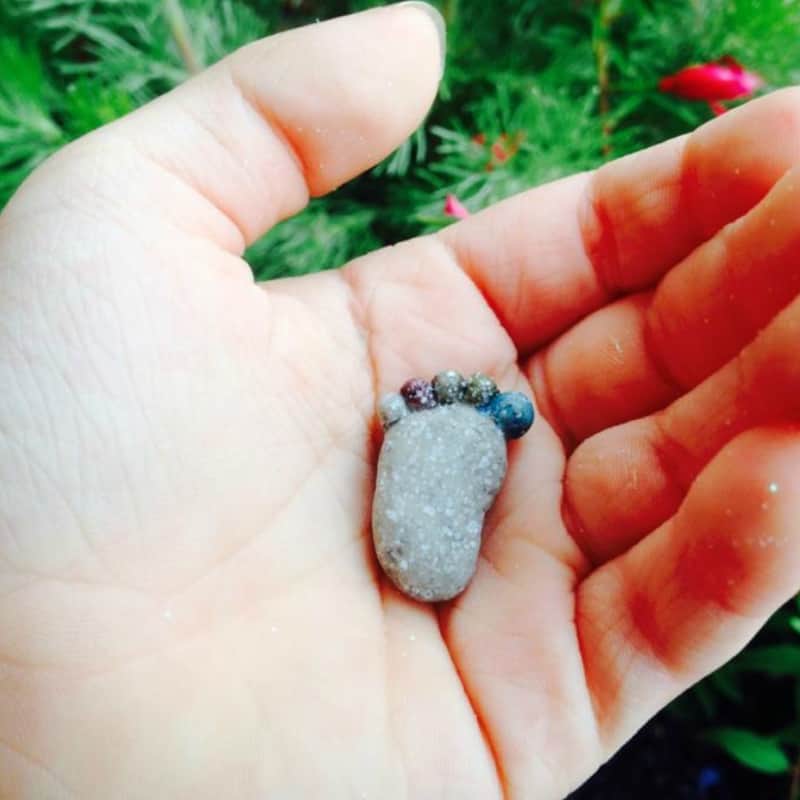 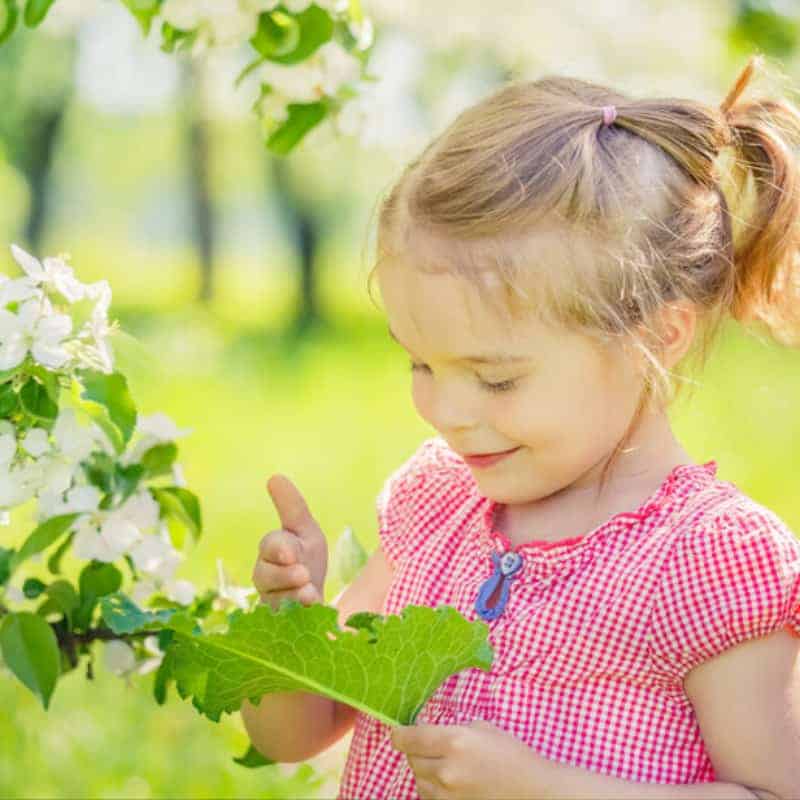 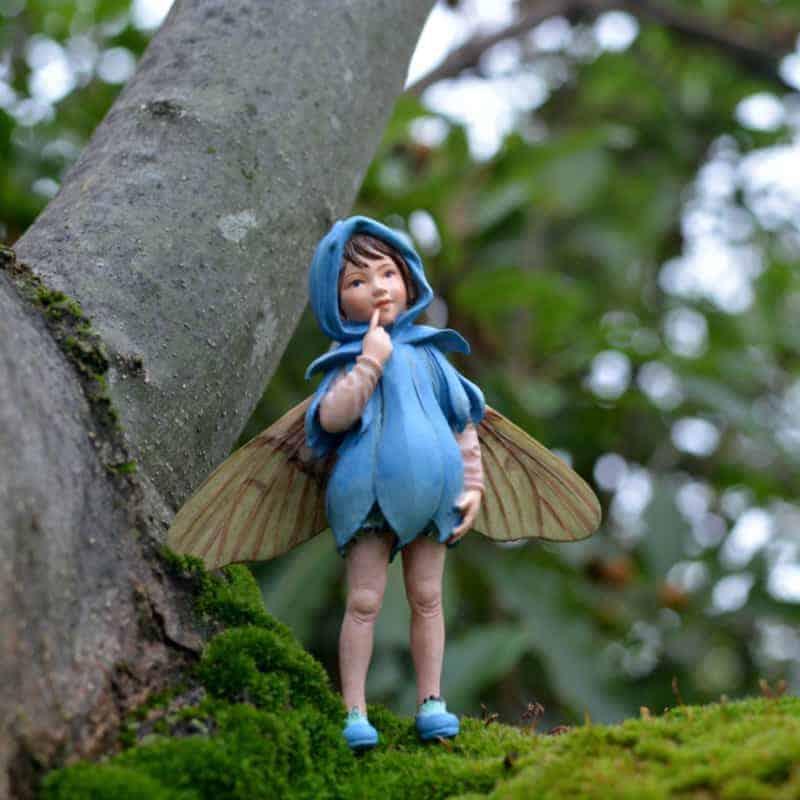 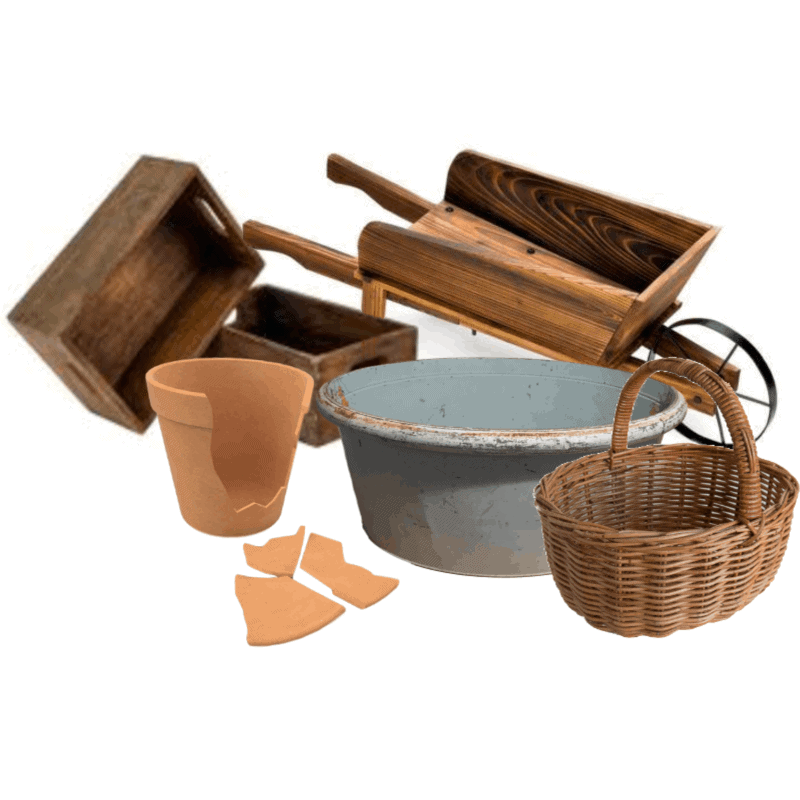 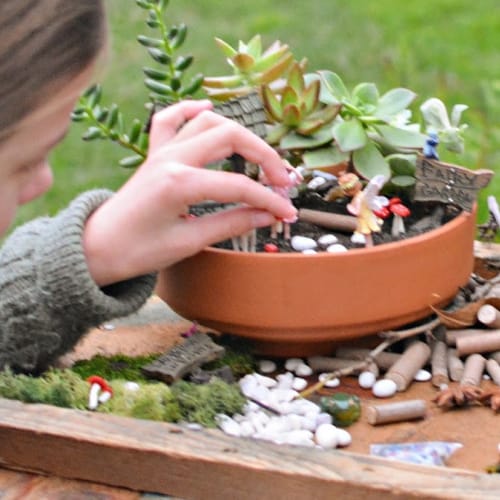 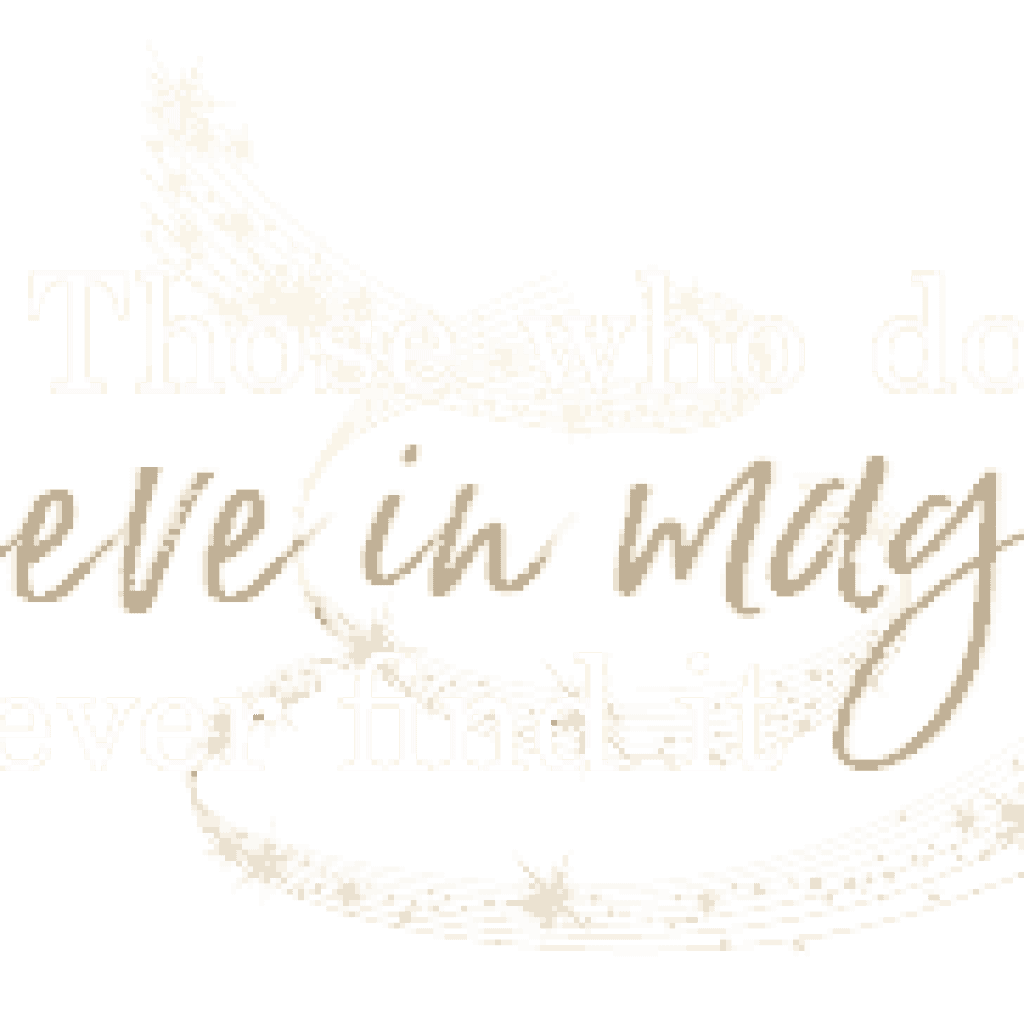